Welcome to Stop, Drop, and Read! from Carrie's YA Bookshelf! Please enjoy your stay at my stop for Trilby Kent's Medina Hill book tour! 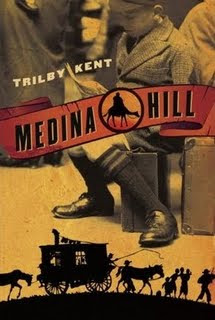 Set in a time period during the Great Depression in London, Dominic Walker is a young boy who can not speak. He can to his family, but whenever he is in contact with anyone else, he is unable to produce sound.

Life at home is dreary with his mother weakening with illness and his father without work. And with war on top of it all, no wonder the boy has nothing to say.

When his Uncle Roo unexpectedly came by, Dominic and his younger sister Marlo was taken to spend the summer with him at a boarding house. There, the two siblings encounter unusual but loving people. Dominic befriends a one-legged Gypsy girl but the people in the village discriminate against her people. With the power of friendship and a novel of Incredible Adventures for Boys: Colonel Lawrence and the Revolt in the Desert in hand, the boy who lost his voice learns about true heroism.

I generally don't pick up novels that are for middle school children but the synopsis sounded interesting that I decided to go for it.

The characters were defined and had a pleasantness about them when you read them. I thought Dominic was a strong boy but did not realize it until the end. He was attached to the book that his Uncle Roo had bought him and looked up to his personal hero, Colonel Lawrence. Like most kids, he dreamed about grand things. I found him to be a charming protagonist and his friendship with tomboy Sancha was sweet.

I really love Kent's writing within this novel because it is descriptive without using big words. But in my opinion, I think the novel will have a hard time garnering the attention of middle schoolers. Although aimed at tweens, Medina Hill would be better appreciated by someone older because of the theme and language. The story line isn't fast moving nor exciting to those with a younger mindset so it would be more difficult for a child of ten years to sit through rather than one who is sixteen years old. But of course, I am sure there would be a adolescent out there who would like this novel.

Medina Hill is definitely a great debut by Trilby Kent, although it will appeal to someone more mature rather than the targeted audience. 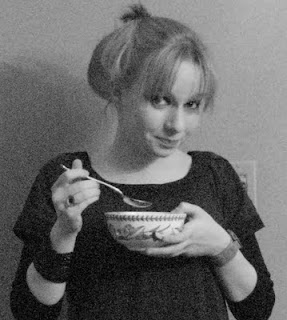 Now that you know a bit about Medina Hill, why not get to know the author some more? I have interviewed Trilby with some questions below! Scroll down some more for a chance to win a copy of Medina Hill also!

First, what inspired you to write Medina Hill?

A trip to Cornwall provided the crucial ‘spark’, although I’d been interested in writing a book about Lawrence of Arabia for quite some time before that.

What do you find is the easiest part in writing? And the hardest?

Starting is easy; ending is much harder.

Are you currently working on any new novels? If so, can you please give a quick summary about them?

I’ve recently completed a second children’s novel set during the Anglo-Boer War. The main character is a twelve year-old girl who embarks on a grueling trek with her mother and brothers across the battled-scarred Transvaal. A friendship with a Canadian soldier, the loss of an African friend and the tragic consequences of the British concentration camp system all play their part in her coming of age.

I also have a novel for adults doing the submission rounds at the moment. Ranging between Flanders and Ceylon in the late 1930s, it tells the story of a correspondence that grows out of a case of mistaken identity between a young Englishwoman and a 13 year-old Flemish boy. I’m quite proud of it and am hopeful that it will find a home soon.

The latest project is a novel I’m writing as part of my PhD. Most of the action takes place in an experimental boarding school in 1950s Guernsey, although I’m playing with the possibility of a time-slip into sixteenth-century southern Africa…

Did you always wanted to be an author? If not, what led you to become one today?

I’ve always loved writing, but until relatively recently I didn’t really believe that I’d be able to make a full-time career out of it. For me, the turning point came when I decided to quit the 9 to 5 and start working as a freelance journalist. Around the same time, my partner was offered a job in Brussels, so I was able to start with a fresh slate in a new city. I was very lucky: within a few weeks I’d landed a gig as a regular contributor to the Continent’s largest English-language newsmagazine, writing book, film and exhibition reviews and the odd feature article. The combination of flexible working hours and a stimulating day job made it possible for me to spend several days a week developing my writing. That was four years ago now, and I haven’t looked back since!

Like Dominic, do you have your own hero that you look up to now or when you were younger?

What a great question. The South African journalist and anti-apartheid activist Donald Woods was probably my first proper hero. I saw Cry Freedom when I was in middle school, and it blew my mind.

If you could jump into any book, which book would it be?

Atonement (those gorgeous first few pages, anyway - before things start to go hideously wrong). Or Other Voices, Other Rooms, because I’m a sucker for Southern Gothic. Mint juleps and pecan pie all round!

If you could travel back to any era or year, which era or year would it be?

The 1930s, without a doubt. I find the interwar years absolutely fascinating – it’s easy to forget, what with all the razzmatazz of the Roaring Twenties, that people were still coming to terms with the Great War years later. The 1930s was a decade of massive social change, considerable hardship, and a lot of pent-up energy resulting from the dawning realisation that another global conflict was just around the corner. For a writer, it’s a period bursting with creative potential.

Lastly, please give us an interesting fact about yourself that many do not know of!

Backpacking in India, a friend and I found ourselves on a train travelling in completely the wrong direction: we were supposed to be going to Jaipur, and instead found ourselves heading for Bihar, which at that point was in the grip of an outbreak of deadly riots. A fellow passenger told us about another train that would soon be passing ours, travelling in the opposite direction, which always slowed down in order to let both trains navigate a narrow bend. When it appeared, we took our chances, jumping from our train and racing to catch the other before it picked up speed again. This all happened at 3 o’clock in the morning, in the pitch dark, somewhere in the Uttar Pradesh countryside. A couple of men who saw us trailing their carriage flung a door open and hauled us on board just in time. It was terrifying and exhilarating. Suffice to say, I didn’t tell my parents about the escapade until I was safely home in England!

~~~
Now that you have read the review and know more about Trilby, it is time to get onto the contest! Yes, you can win 1 of 5 copies of Medina Hill!

To get entries:
+1: Comment with your email address
+1: Become a new follower
+2: Already is a follower
+1: For every place you link this contest to

Open worldwide and closing date on November 20, 2009. I am the last stop for today but be sure to continue the tour tomorrow at Write for a Reader!

Hi Diana & Trilby :)
Thank you for the great interview!
I'm already a Member in good sitting.
My email's in my Blogger Profile.
Thank you again,
RKCharron
xoxo

I think I need to get this one for my classroom library!

Great contest! The interview was great, too!

I'd love to be entered!

Hi I recently came across your blog. I don't know what to say except that I have enjoyed reading your blog. Nice blog. nice content and design I will keep visiting this blog very often ....please look following my blogs
Send Greetings Cards | Bollywood Actresses Wallpapers | Free Beauty Tips

This looks good! What a great interview!

Please count me in ;)

I'd love a chance to win!

+1 for becoming a follower

If this is a international giveaway, please count me in!

I've always enjoyed reading about The Great Depression. It was a testing time for everyone and I could never imagine it happening now.

+2 Already a follower
+1 Linked to sidebar

Thanks for the great interview! I can't wait to read this book - please enter me.
Thanks ~ megalon22{at}yahoo{dot}com